RACERS: KEEP YOUR BIB NUMBERS FOR THE ENTIRE SERIES! REPLACEMENTS WILL BE $5!!!

Mother Nature smiled upon the Georgia Cyclcross opening race at Grant Park in Atlanta on Sunday. With over 300 racers, it ranked as one of the largest GACX races of all time. Everyone loves the park and the intown Atlanta location. Heckle Hill was the center of the action as usual. There may or may not have been frosty beverage hand ups during the later races. One spectator had bacon on a fishing pole trying to get riders to grab it. It was wonderful seeing so many families, friends, and random people watching the race. The atmosphere was electric as the first race of the day toed the line! The action continued throughout the morning and early afternoon.

In the Women’s 1/2/3 newcomer Mackenzie Myatt (SCAD Cycling) took an early lead and never looked back. Mackenzie represented Canada at the UCI World Mountain Bike Championships this summer, so her speed did not surprise anyone. Behind her the battle for second was on! After trading places several times, Jenna Downey (Sorella Cycling) held off Maria Carrelli (706 Project) for second.

Collegiate riders continued the podium domination in the Men’s 1-2. A group of 4 riders separated themselves from the pack by midway through the race: SCAD Cycling teammates Sean Fincham and Artur Sagat, Nick Van Winkle (Litespeed-BMW), and Frank Travieso (706 Project). Elliot Barring (UNG) soon joined them. With one lap remaining, Sean put in a massive effort, and the group dropped Nick. As Artur nearly collided with a lapped rider, Sean pulled away. Sean held on for the win with Artur in second and Elliot in third.

Kinzer Hewitt (Loose Nuts) forgot how to bunny hop the barrier at the bottom of Heckle Hill on the last lap. No CX racers or bikes (only egos) were harmed in the taking of these photos. 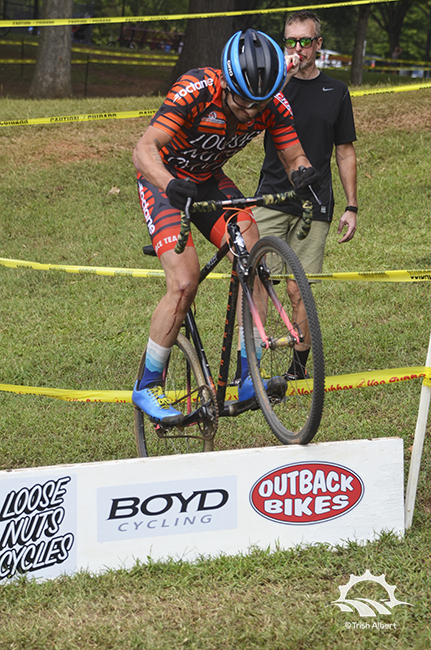 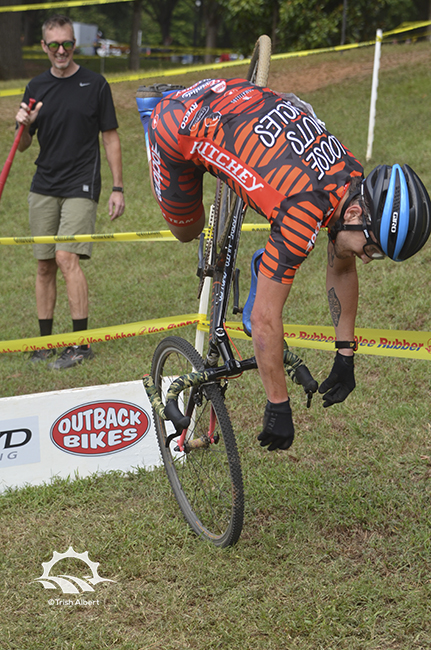 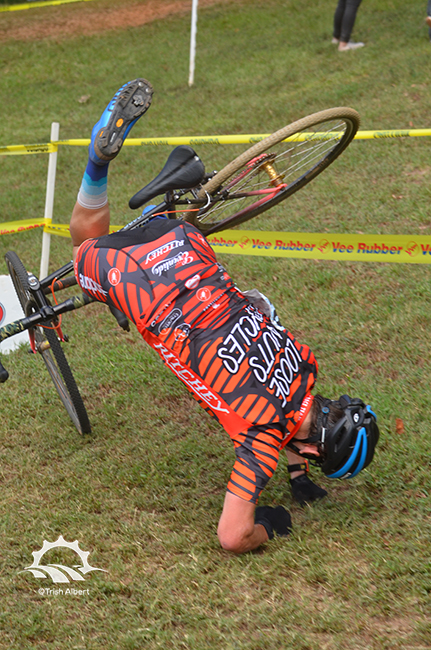 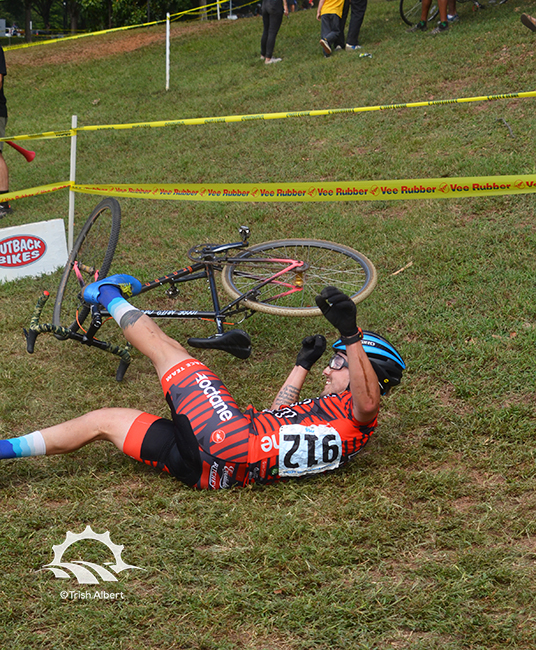 Next up is two days in Athens at Across the Beeriers October 8-9! Be sure to check the flyer for important information about the venues. NO OUTSIDE BEER EITHER DAY! This race requires transponders: $5 rental for the weekend or bring your own MyLaps chip! Tour at Southern Brewing & Terrapin are included with full price entry. Must be 21 to drink, and ID will be required.