The Georgia Cyclocross Series finale was held at the LH Thomson factory in Macon, GA and put on by the Pecan City Pedalers. Many racers had dreams of a muddy, rainy course after dire weather predictions from local news channels all week. Mother Nature threw everyone a curve ball, laughed, and only provided a few light showers throughout the day. The rain packed the sandy course down, making it very fast. The course was relatively flat, only punctuated by two short hills and a lot of turns. The main feature was a wide creek only a couple of people on were able to jump over. Everyone else was forced to dismount and to try not to fall in the creek. Some were more successful than others with that. 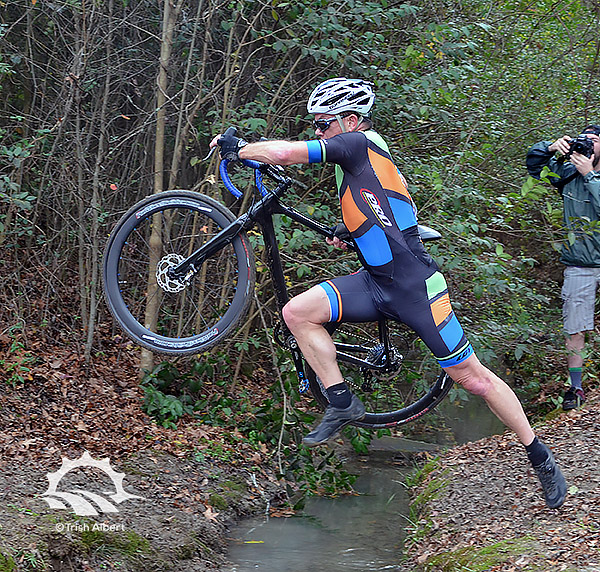 Masters 34+ 4/5 racer or Gazelle jumping the creek? You decide.

The Women’s CX1/2/3 has provided some of the most exciting racing all season for spectators and hecklers. Macon was no exception. Several riders went to the front immediately. Eventually a small group got away. As they have been all year, the final battle went down between Maria Carrelli (706 Project) and Jenna Downey (Sorella Cycling p/b Hincapie Sportswear). They were together until the final half lap. Jenna put a 5 second gap on Maria that could not be closed. With that, Jenna took the win, but Maria secured the Series Overall. Sorellas Brittany Montgomery, Jean Miller, and Cambrie Epperson rounded out the podium.

In the CX1/2 the usual battle between SCAD Atlanta and the 706 Project got started from the go. Throwing a wrench into either team’s plans for world domination was Andy Scarano, who rides for SCAD collegiately and 706P otherwise. Sunday he donned the blue and black of 706P. Who would come out on top? The usual suspects went to the front early. The lead was switched a few times as the flat course kept everyone together longer than usual. Half way through the race heavy rains started; it would have no impact on the outcome because it soon ended. Eventually, Andy and Artur Sagat (SCAD Atlanta) pulled away from the chasers. Andy beat Artur in a two up sprint for first. Frank Trevieso (706 Project) was third with Wesley Garland (Litespeed-BMW) and Jeff Hopkins (Service Course Auto Works) following. Frank had an insurmountable lead in the Overall Series going into this final race, and he took his bows as the series winner. 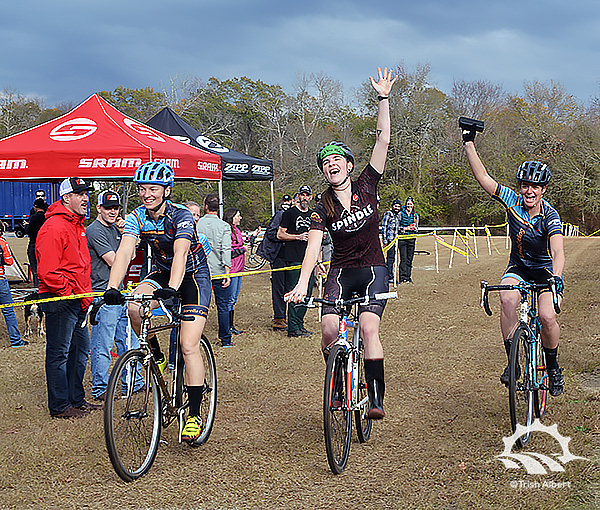 Sorellas Chloe Murdock & Brittany Montgomery and the Spindle’s Molly Russell show what the CX spirit is all about as they finish the single speed race.

Thank you to everyone that made this a successful season for Georgia Cyclocross!—the Board, the Race Promoters, out Awesome Officials, and all of the Race Volunteers! We would like to give a special thanks to Series Director/Results Wrangler/SuperFast Racer Elizabeth Lee and Technical Director/Hauler of the Trailer/All Around Nice Guy Jim Behning! Without them the series would not be what it is! Please tell them thank you the next time you see them! 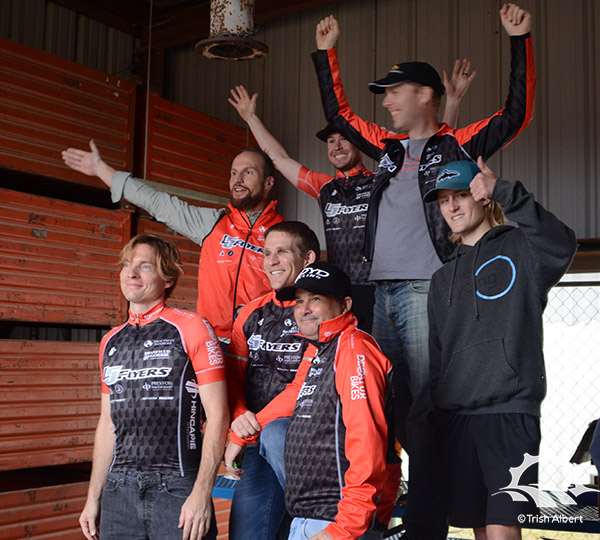 Team of the Year L5 Flyers. Frazier Cycling was 2nd.

Congratulations to all of the Series Winners!