Elks Aidmore was the host to the 2016 Georgia State Cyclocross Championships. The state has been in a drought since summer. Mother Nature laughed and poured several inches of rain on the course early in the week. She laughed again and decided that rain and 45 degrees were the perfect race conditions for the State Championships. Everyone will agree that Elks was epic! We’ll be talking about it for years! 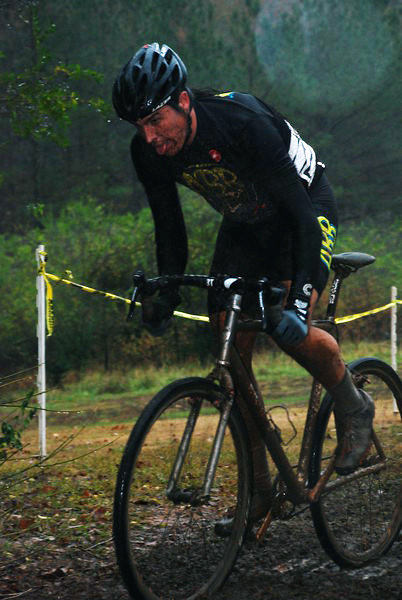 This about sums up the day. Photo by Travis Neumuller.

In the Women’s Elite, the usual suspects got a gap on the rest of the competition. At the front were Sorellas Brittany Montgomery, Jean Miller, and Jenna Downey with 706 Project’s Maria Carrelli. Maria soon dropped off when her handlebars broke. She made a couple of bike switches in the pit after another mechanical. This left the Sorella trio at the front to figure out who was going to take the win. Jenna made an early move and hung on for first. Brittany was in second until two laps to go when Jean made a pass. Rounding out the podium was Cambrie Epperson (Sorella Cycling p/b Hincapie Sportswear) and Maria. Brittany took the WCX1/2 State Championship while Jenna got the WCX3 jersey. 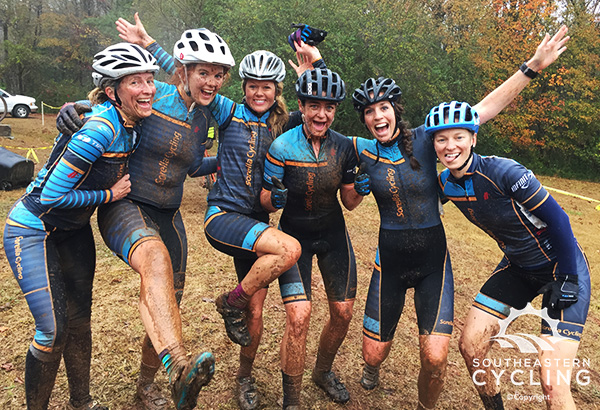 In the Mens CX1/2 Elliot Baring (North Georgia University) took the early lead. He was chased by Frank Trevieso (706 Project), Nick Van Winkle (Litespeed-BMW), and Artur Sagat (SCAD Atlanta). Half way through the race Frank worked his way up to second place while Elliot had a problem and retired from the course. Frank held on for the win with Nick in second and Artur in third. Frank took home the CX1/2 State Championship Jersey

Congratulations to all of the State Champions! 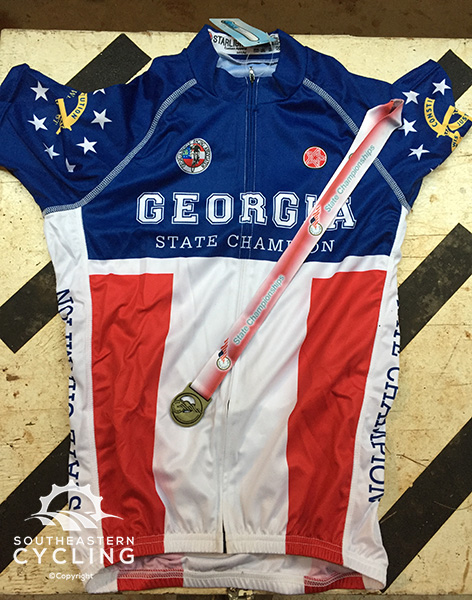